Recently so many people have asked me about how children, who I have advocated for over the years, are doing.  So I’m going to start sharing some of their stories, their families, and the amazing things God has done in their lives. There is nothing more powerful than a testimony–real people, experiencing a very real God, in an incredibly real way.
First up is a very special little angel.  She’s the first one I ever advocated for.  She’s the treasure whom God used to show me that every single child deserves the love of a family–no matter what is “wrong” with them, no matter how “severe” their needs are, and no matter how many days God grants them breath on this earth.

Every child deserves a family!

This story is not just about one child’s amazing rescue–but about how God’s plans and purposes are so much bigger….if we just say, “Yes, God!”

Just when I thought I had my life all planned out and neatly packaged with a pretty bow on top, God reached down from heaven and showed me a better way!  HIS way! He took two very ordinary, unequipped folks, and sent us to Ukraine to adopt two precious little girls with Down syndrome.

Little did we know then that it would be a journey which would change our lives forever!

I traveled alone and spent six weeks in Ukraine.  Six weeks of the same daily routine of visiting our daughters in the orphanage for as long as the staff would allow me to. Spending time with them in an awful-smelling “zoo room” filled with creepy crawly creatures was the easy part.  Hailee and Harper captivated my heart from the moment I laid eyes on them.  I was smitten.

But as each day passed I knew that the time would eventually come.  That bittersweet day when I would finally be able to take our girls out of that horrid place for once and for all.  Oh, the absolutely JOY of getting them out of there for good.

But with it came a different kind of emotion too.  One of dread, sorrow, and a sense of desperation.

I knew that the day would come when eventually I would have to turn my back and walk away from the sweet little angels I had grown to love in that place…the ones I would have to leave behind.

I remember the day like it was yesterday–the day I had to say goodbye to one little girl who had crept into my heart and touched me so deeply.

Leaning over her crib, I stroked her precious face and whispered into her ears, “You are NOT forsaken!  I will fight for you and make sure that someone comes for you!” 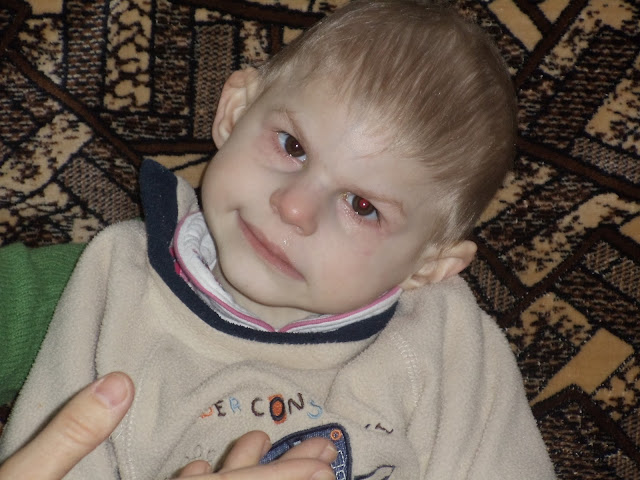 Walking away that day, I could hardly see through my tears as I wondered if she would be strong enough to hold on.

Her name was Yulia and I loved her as much as I love my own children.  She totally captured my heart.  I got to know Yulia because she was in the same laying room as my Hailee.  In fact, her crib was pushed right up against Hailee’s.  I was so taken by her sweet, sweet smile and her tender spirit.  Despite a life filled with nothing but absolute misery–lying in her own waste all day long and never, ever seeing the outside of the bars of her prison–she was so incredibly sweet, with a smile that melted my heart.

I walked out of the orphanage with tears flowing like rivers, and I promised the Lord that I would never forget!  I gave Him my word that I would come home and do whatever I could to find families for the sweet children in Hailee’s room.  It was such an awful place! I had no idea how I would do it–but I knew the ONE who is ABLE…and that was good enough for me. 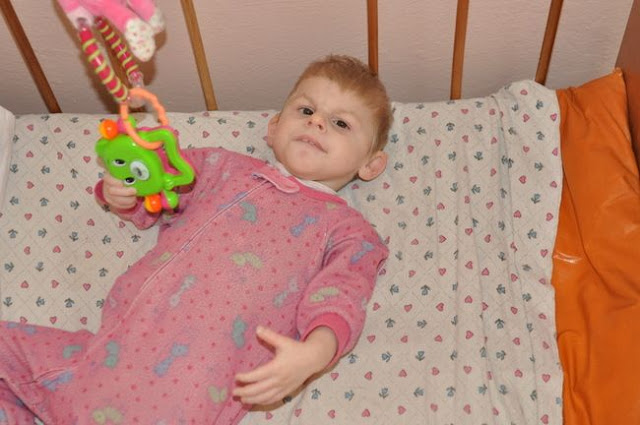 And so we came home with our new darlings, moved across the country just ten days later, adjusted to our beautiful new normal…..

And I never forgot.

Yulia was the first child I ever advocated for here on my blog.  It was with uncertainty and no clue how it was going to work out that we went out and splurged on an iPad to use in a giveaway to try and raise money for Yulia’s adoption.  I seriously had no idea how it would work out!  To our absolute amazement, the money came pouring in.  Yulia touched the hearts of so many people and they all wanted to see this little girl, who was diagnosed with a premature aging disease which would significantly shorten her life, rescued from her life of sheer hopelessness.

We were astounded at God’s goodness to pour down provision for one little girl who was so deserving of someone giving her a chance a life.  We knew it would be hard finding a family.  According to her diagnosis she would have a very shortened life.  In addition to that she was extremely delayed, could not sit up alone at four years old, could not eat solid foods, and was hanging on by a thread.

Again we stood in awe when a family stepped forward.  In their words, “We don’t care what’s wrong with Yulia…we love HER!”

Yulia had a family!  She would soon be called Julia.

As an added blessing from the Lord (as if He wasn’t spoiling me enough!), Julia’s family lived near us and I was so blessed to be able to welcome her home at the airport.  I remember holding her tiny, frail body in my arms in the car on the way home from the airport and going through every emotion on the planet.  God had been faithful to hear the cry of my heart and in His faithfulness, He had answered.  The little lovie whom I had to leave behind was actually in my arms.  It was overwhelming!

Julia has come so far, friends.  I have watched in amazement as a sick, malnourished little girl has thrived in her family.  She is just the sweetest, most adorable little girl.  Her mom shared an update on their blog recently.  Julia is blossoming in every way.  She really is a miracle!  Extensive testing has confirmed that Julia does NOT have Cockayne syndrome (which is what the orphanage diagnosed her with).  Julia has a neurological disorder.  She is such a joy to her family and all who meet her. 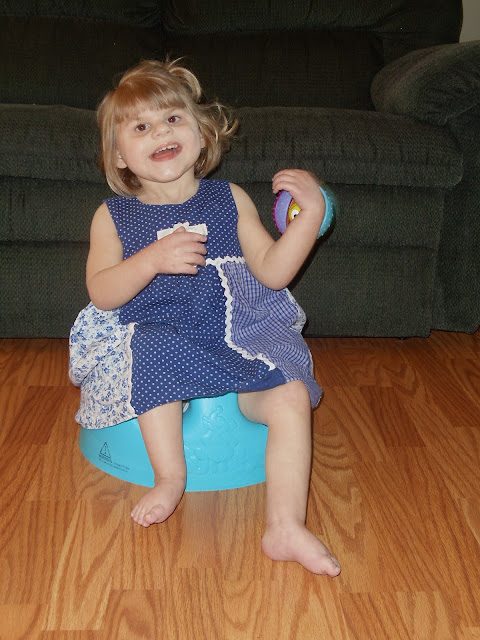 I think back on Julia’s story and her journey home and I stand amazed at how God works in the hearts of His people.  When the seed of adoption is planted, God can do anything with it!  Not only did the Schwenzers come home with Julia, God added the sweetest little boy to their family too–from the same orphanage.  Without all the medical attention Aaron has had on his limbs recently, he would never have walked!  God reached down from heaven and supernaturally put this little boy in the same family as Julia.  He has been a treasure.

But the story doesn’t end there.  When God writes the story of our lives, it’s a beautiful adventure–full of so many twists and turns and blessings along the way. 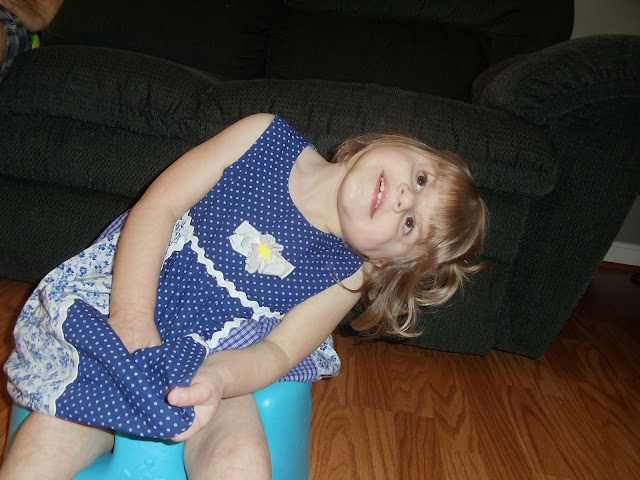 When the Schwenzers were spending weeks and weeks visiting Julia and Aaron in the orphanage (as I did with Hailee and Harper), God was going about His business.  One day, while playing with Aaron and Julia in the communal area of the orphanage, a tiny little girl burst out of her room and came running at full speed down the hallway.  Freedom!  She escaped!  She ran straight to Carey and wanted to play–obviously soaking up the love and attention.  It did not take long for the nannies to realize they had a little fugitive on their hands and came and scooped her up and took her back to her room.

Fast forward almost a year and the Schwenzers start feeling the call of God to say yes to adding another blessing to their family.  Through a series of miraculous events the Lord started piecing the puzzle together again.  A picture of a little girl.  Who was she?  Why in the world did she look familiar?  Had they met her before?  They struggled to put the pieces together.

Marina!  The little runaway angel who spent just minutes loving on the strangers in her orphanage needed a family.  Urgently!  She was the one…the one God ordained before the foundation of the universe to be Julia’s sister.  The Schwenzers are on  a journey again.  This time to rescue the one they left behind. 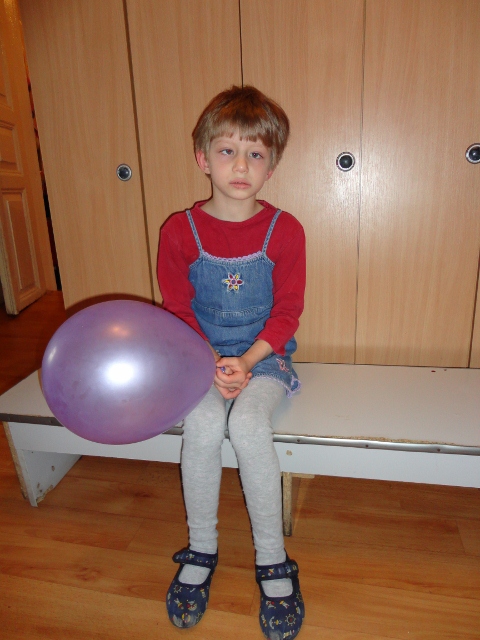 Julia and Aaron have done so amazingly well in their family.  I am so excited to see sweet Marina blossom in their loving home too.  Severely delayed in all areas of her life, Marina’s journey to catching up and growing and developing is not going to be easy.  But I know that God has chosen the perfect family for her to belong.

I love how God orchestrates things.  I love how He hand-picks families for children.  I think back on how this one orphanage has seen countless children adopted through a series of miraculous events over the last two years and I stand amazed, in complete awe.  How He loves the orphan!

The Schwenzers are stepping out in faith and believing that God will supply every need they have to rescue the little girl who captivated them last year.  Would you please prayerfully consider sowing seed into their adoption?  I know they would be so, so grateful.  Donations can be made on their blog right here.